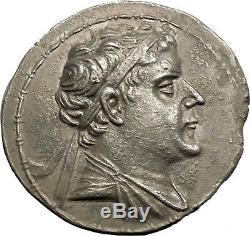 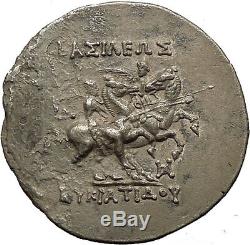 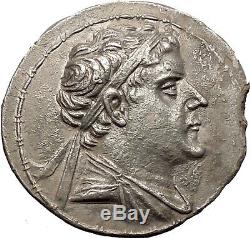 Gemini is one of the constellations of the zodiac. It was one of the 48 constellations described by the 2nd century AD astronomer Ptolemy and it remains one of the 88 modern constellations today. Its name is Latin for " twins , " and it is associated with the twins Castor and Pollux in Greek mythology. In Greek and Roman mythology , Pollux and Castor or Polydeuces were twin brothers, together known as the Dioskouri.

Their mother was Leda , but Castor was the mortal son of Tyndareus , the king of Sparta, and Pollux the divine son of Zeus , who seduced Leda in the guise of a swan. Though accounts of their birth are varied, they are sometimes said to have been born from an egg, along with their twin sisters Helen of Troy and Clytemnestra.

In Latin the twins are also known as the Gemini or Castores. When Castor was killed, Pollux asked Zeus to let him share his own immortality with his twin to keep them together, and they were transformed into the constellation Gemini.

The pair were regarded as the patrons of sailors, to whom they appeared as St. Elmo's fire , and were also associated with horsemanship. They are sometimes called the Tyndaridae or Tyndarids , later seen as a reference to their father and stepfather Tyndareus.

THE BAKTRIAN AND INDO-GREEK KINGDOMS The ancient authors have furnished us with very little information concerning this easternmost of all the Greek realms. Accordingly, the numismatic evidence is of more than usual importance in the attempt to piece together the history of the kings who ruled in Baktria and, later, in the area south of the Hindu Kush. The kingdom was created from the Seleukid province of Baktro-Sogdiana when the satrap Diodotos declared himself independent of Antiochos II about 256 B.

Antiochos III, at the end of the century, tried unsuccessfully to reimpose Seleukid authority in the area, and early in the 2nd cent. King Demetrios of Baktria extended his rule southwards to include former provinces of the Mauryan Empire. The first bilingual coins, with inscriptions in Greek and Karosthi and struck on a new'Indo-Greek' weight standard, date from this time of Greek expansion. Much of Baktria was lost to Scythian invaders about 130 B. And before the end of the century what was left of the Indo-Greek kingdom split into eastern and western divisions.

By the end of the 1st cent. The last traces of Greek rule had disappeared, submerged beneath the tide of Kushan conquest.

170145 BCE was one of the most important Greco-Bactrian kings. He uprooted the Euthydemid dynasty of Greco-Bactrian kings and replaced it with his own lineage. He fought against the Indo-Greek kings, the easternmost Hellenistic rulers in northwestern India, temporarily holding territory as far as the Indus , until he was finally defeated and pushed back to Bactria. Eucratides had a vast and prestigious coinage, suggesting a rule of considerable importance. Eucratides came to the throne by overthrowing the dynasty of Euthydemus I in Bactria, whose son Demetrius was conquering northwestern India.

The king Eucratides dethroned in Bactria was probably Antimachus I. It is unclear whether Eucratides was a Bactrian official who raised a rebellion, or, according to some scholars, a cousin of the Seleucid king Antiochus IV Epiphanes who was trying to regain the Bactrian territory. Justin explains that Eucratides acceeded to the throne at about the same time as Mithridates , whose rule is accurately known to have started in 171 BCE, thereby giving an approximate date for the accession of Eucratides. "Around the same time, two great men started to rule: Mithridates among the Parthians, and Eucratides among the Bactrians" Justin XLI, 6.

Some of the coins of Eucratides probably represent his parents, where his father is named Heliocles, and his mother, who is thought to be Laodice , is wearing a royal diadem. Laodice may have been a member of the Seleucid imperial house.

Having become master of Bactria, Eucratides also conquered the western parts of the Indo-Greek kingdom. According to the single remaining source, Roman historian Justin, Eucratides defeated Demetrius of India, but the identity of this king is uncertain: he could be either Demetrius I , or Demetrius II.

Eucratides led many wars with great courage, and, while weakened by them, was put under siege by Demetrius, king of the Indians. He made numerous sorties, and managed to vanquish 60,000 enemies with 300 soldiers, and thus liberated after four months, he put India under his rule Justin XLI, 6. Numismatic evidence suggests that Eucratides I was a contemporary of the Indo-Greek kings Apollodotus I , Antimachus II and Menander I. In any case, Eucratides' advances into India are proved by his abundant bilingual coinage.

In the west the Parthian king Mithradates I began to enlarge his kingdom and attacked Eucratides; the city of Herat fell in 167 BCE and the Parthians succeeded in conquering two provinces between Bactria and Parthia, called by Strabo the country of Aspiones and Turiua. Eucratides I is most likely the founder of Eucratideia. Justin ends his account of Eucratides' life by claiming that the warlike king was murdered on his way back from India by his own son (either Eucratides II or Heliocles I , although there are speculations that it could be his enemy's son Demetrius II), who hated his father so much that he dragged his dead body after his chariot. The murder of Eucratides probably brought about a civil war amongst the members of the dynasty. The successors to Eucratides were Eucratides II and Heliocles I (145130 BCE), who was the last Greek king to reign in Bactria.

Once the Yuezhi tribes overpowered Heliocles, the Greco-Bactrians lost control of the provinces north of the Hindu Kush. Two other members of the dynasty were Plato and probably Demetrius II , who in that case was not identical with the king Justin claimed was the enemy of Eucratides I. The rule of the Greco-Bactrians soon crumbled following these numerous wars.

The Bactrians, involved in various wars, lost not only their rule but also their freedom, as, exhausted by their wars against the Sogdians, the Arachotes, the Dranges, the Arians and the Indians, they were finally crushed, as if drawn of all their blood, by an enemy weaker than them, the Parthians. However, the rule of the Indo-Greeks over territories south of the Hindu Kush lasted for a further 150 years, ultimately collapsing under the pressure of the Yüeh-chih and Scythian (Saka) invasions in around 10 BCE, with the last Indo-Greek ruler Strato II. What is a certificate of authenticity and what guarantees do you give that the item is authentic? You will be quite happy with what you get with the COA; a professional presentation of the coin, with all of the relevant information and a picture of the coin you saw in the listing. Is there a number I can call you with questions about my order?

The item "EUKRATIDES I NGC AU Silver Tetradrachm RARE R1 Indo Greek Baktria Coin i57701" is in sale since Friday, September 2, 2016. This item is in the category "Coins & Paper Money\Coins\ Ancient\Greek (450 BC-100 AD)". The seller is "highrating_lowprice" and is located in Rego Park, New York. This item can be shipped worldwide.