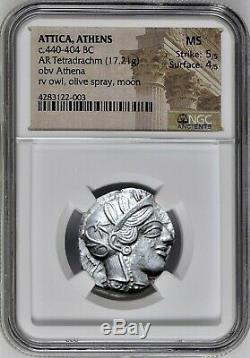 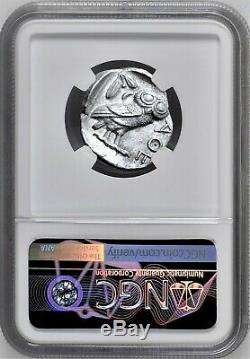 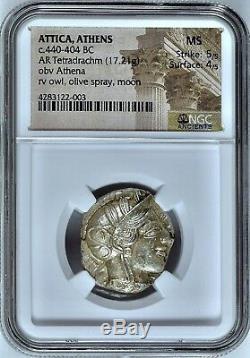 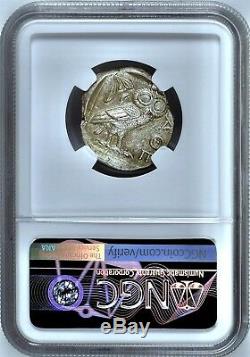 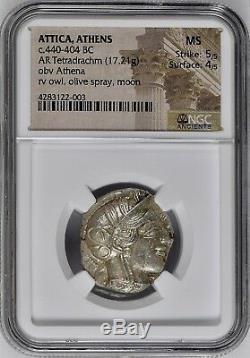 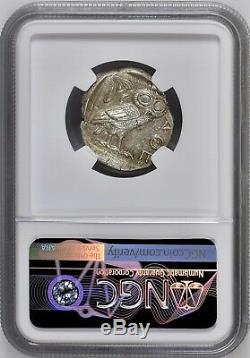 It is the first silver coin to be circulated internationally, as well as one of the first coins to feature detailed obverse and reverse imagery. Nicknamed the "Little Owl, " merchants and traders of cities outside of Athens appreciated the Owls for their easy exchangeability, enabling the Athenian Owl Tetradrachm to become the world's first great trade currency.

Classic imagery of the Athenian Silver Tetradrachm. The obverse depicts the helmeted head of the goddess of wisdom, Athena, facing right. A palmette, which is an intricate floral scroll, adorns the helmet, along with three olive leaves. The Owl of Minerva, Athena's frequent companion, is illustrated on the reverse, standing right, head facing forward, with a tiny crescent moon and an olive spray above its wing. " which represents "of the Athenians.