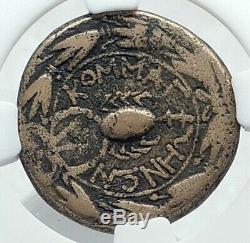 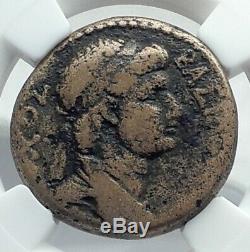 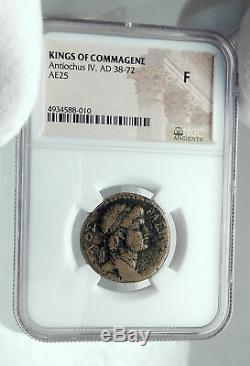 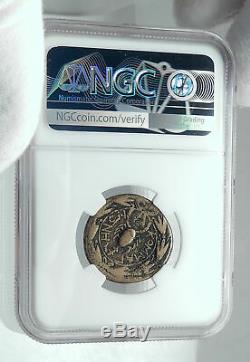 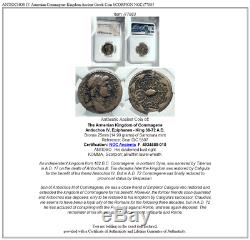 An independent kingdom from 162 B. Commagene, in northern Syria, was annexed by Tiberius in A. 17 on the death of Antiochos III. Two decades later the kingdom was restored by Caligula for the benefit of his friend Antiochos IV.

72 Commagene was finally reduced to provincial status by Vespasian. Son of Antiochos III of Commagene, he was a close friend of Emperor Caligula who restored and extended the kingdom of Commagene for his benefit. However, the former friends soon quarreled and Antiochos was deposed, only to be restored to his kingdom by Caligula's successor, Claudius. He seems to have been a loyal ally of the Romans for the following three decades, but in A. 72 he was accused of conspiring with the Parthians against Rome, and was again deposed. The remainder of his life was spent in internment in Sparta and Rome. Gaius Julius Antiochus IV Epiphanes (Ancient Greek: , before 17 AD - after 72 AD), the last king of Commagene, reigned between 38-72 as a client king to the Roman Empire. Antiochus was a prince and son of Antiochus III of Commagene and his mother was Queen Iotapa of Commagene. The parents of Antiochus IV were full-blooded siblings, who had married each other.

Antiochus himself would marry his full-blooded sister Iotapa. Antiochus was of Armenian, Greek and Medes descent. Through his ancestor from Commagene, Queen Laodice VII Thea, who was the mother of King Antiochus I Theos of Commagene, he was a direct descendant of the Greek Seleucid Kingdom.

Antiochus appears to have been very young when in 17, his father died. Roman Emperor Tiberius agreed with the citizens of Commagene to make their kingdom a part of the Roman province of Syria. Between 17 and 38, Antiochus seems to have gained Roman citizenship.

He lived and was raised in Rome, along with his sister. While he and his sister were growing up in Rome, they were part of the remarkable court of Antonia Minor, a niece of the first Roman Emperor Augustus and the youngest daughter of triumvir Mark Antony.

Antonia Minor was a very influential woman and supervised her circle of various princes and princesses. Her circle assisted in the political preservation of the Roman Empire's borders and affairs of the client states.

In 38, Antiochus received his paternal dominion from Antonia's grandson, the Roman Emperor Caligula. In addition, the emperor enlarged Antiochus' territory with a part of Cilicia bordering on the seacoast. Caligula also gave him the whole amount of the revenues of Commagene during the twenty years that it had been a Roman province.

The reasons for providing a client king with such vast resources remain unclear; it was perhaps a stroke of Caligula's well-attested eccentricity. Antiochus was on most intimate terms with Caligula, and he and King Agrippa I are spoken of as the instructors of the emperor in the art of tyranny. This friendship, however, did not last very long, for he was subsequently deposed by Caligula. Antiochus did not obtain his kingdom again till the accession of Roman Emperor Claudius in 41. In 43 his first son, Gaius Julius Archelaus Antiochus Epiphanes, was betrothed to Drusilla, a daughter of Agrippa I. Apart from Epiphanes, Antiochus had another two children with Iotapa: Callinicus and a younger Iotapa. In 53 Antiochus put down an insurrection of some barbarous tribes in Cilicia, called Clitae. In 55 he received orders from Roman Emperor Nero to levy troops to make war against the Parthians, and in the year 59 he served under General Gnaeus Domitius Corbulo against King Tiridates I of Armenia, brother of the Parthian King Vologases I of Parthia. In consequence of his services in this war, in the year 61 he obtained parts of Armenia. He took the side of Roman Emperor Vespasian when the latter was proclaimed emperor in 70; and he is then spoken of as the richest of the tributary kings. In the same year he sent forces, commanded by his son Epiphanes, to assist prince Titus in the siege of Jerusalem. During his reign as King, he founded the following cities: Germanicopolis, Iotapa and Neronias. Antiochus' downfall came only two years afterwards, in 72, when he was accused by Lucius Caesennius Paetus, the governor of Syria, of conspiring with the Parthians against the Romans. He was therefore deprived of his kingdom, after a reign of thirty-four years from his first appointment by Caligula. Antiochus' sons, princes Epiphanes and Callinicus, fled to Parthia after a brief encounter with Roman troops. Antiochus himself first retired to Sparta, and then to Rome, where he passed the remainder of his life with his sons Epiphanes and Callinicus and was treated with great respect. Among the grandchildren of Antiochus and Iotapa was the prominent Athenian citizen Philopappos who lived in Greece between the 1st century and 2nd century. There are several coins of this king extant, and their die-marks prove he did rule large parts of Cappadocia and Cilicia as well as Commagene proper.

In one of those coins he is called ("Great King Antiochus"), a testament to his political ambitions. On the reverse of that coin a scorpion is represented, surrounded with the foliage of the laurel, and inscribed ("of the Commagenians"). From his coins we also learn the name of his wife, Iotapa.

The Kingdom of Commagene (Armenian: , Greek: K) was an ancient Armenian kingdom of the Hellenistic period. Little is known of the region of Commagene prior to the beginning of the 2nd century BC.

However, it seems that, from what little evidence remains, Commagene formed part of a larger state that also included the Kingdom of Sophene. The later kings of Commagene claimed to be descended from the Orontid Dynasty and would therefore have been related to the family that founded the Kingdom of Armenia.

However, the accuracy of these claims is uncertain. Map showing Commagene as a tributary kingdom of the Armenian Empire under Tigranes the Great. This control lasted until c. 163 BC, when the local satrap, Ptolemaeus of Commagene, established himself as independent ruler following the death of the Seleucid king, Antiochus IV Epiphanes.

The Kingdom of Commagene maintained its independence until 17 AD, when it was made a Roman province by Emperor Tiberius. It reemerged as an independent kingdom when Antiochus IV of Commagene was reinstated to the throne by order of Caligula, then deprived of it by that same emperor, then restored to it a couple of years later by his successor, Claudius. The reemergent state lasted until 72 AD, when the Emperor Vespasian finally and definitively made it a part of the Roman Empire.

Commagene was a small kingdom, located in modern south-central Turkey, with its capital at Samosata (modern Samsat, near the Euphrates). It was first mentioned in Assyrian texts as Kummuhu , which was normally an ally of Assyria, but eventually annexed as a province in 708 BC under Sargon II. The Achaemenid Empire then conquered Commagene in the 6th century BC and Alexander the Great conquered the territory in the 4th century BC. After the breakup of the Alexandrian Empire, Commagene was a state and province in the Greco-Syrian Seleucid Empire. The Hellenistic kingdom of Commagene, bounded by Cilicia on the west and Cappadocia on the north, arose in 162 BC.

This was the year when its governor, Ptolemy, a satrap of the disintegrating Seleucid Empire, declared himself independent. Ptolemy's dynasty was related to the Parthian kings, but his descendant Mithridates I Callinicus (109 BC-70 BC) embraced the Hellenistic culture and married the Syrian Greek Princess Laodice VII Thea.

His dynasty could thus claim ties with both Alexander the Great and the Persian kings. This marriage may also have been part of a peace alliance between Commagene and the Seleucid Empire. From this point on, the kingdom of Commagene became more Greek than Persian.

Mithridates and Laodice's son was King Antiochus I Theos of Commagene (reigned 70 BC-38 BC). Antiochus was an ally to Roman general Pompey in his campaigns against Mithridates VI of Pontus in 64 BC. Through skilled diplomacy, Antiochus was able to keep Commagene independent from the Romans. In 17 when Antiochus III of Commagene died, Emperor Tiberius annexed Commagene to the province of Syria, but in 38 Caligula reinstated his son Antiochus IV and also gave him the wild areas of Cilicia to govern.

Antiochus IV was the only Client King of Commagene under the Roman Empire. Antiochus IV reigned until 72, when Emperor Vespasian deposed the dynasty and re-annexed the territory to Syria, acting on allegations that Antiochus was about to revolt from the Romans...

Reported by the Governor Caesennius Paetus. The descendants of Antiochus IV lived prosperously and in distinction in Anatolia, Greece, Italy and the Middle East. As a testament to the descendants of Antiochus IV, was his grandson Philopappos who died in 116. The citizens of Athens in 116, erected a funeral monument in honor of Philopappos, who was a benefactor of Athens. Another descendant of Antiochus IV, was the historian Gaius Asinius Quadratus, who lived in the 3rd century. When the Romans conquered Commagene, the great royal sanctuary at Mount Nemrut was abandoned. The Romans looted the burial tumuli of their goods and the XVI legion (Legio XVI Flavia Firma) built and dedicated a bridge. The surrounding thick forests were cut down and cleared by the Romans for wood, timber and charcoal. The clearing of the surrounding forests have caused much erosion to the area. In Commagene, there is a column topped by an eagle, which has earned the mound name Karakush, or The Black Bird.

An inscription there indicates the presence of a royal tomb that housed three women. However, the vault of that tomb has also been looted. The main excavations on the site were carried out by Friedrich Karl Dörner of the University of Münster.

Are found is western India and are good for you bones but react with skin. World-renowned expert numismatist, enthusiast, author and dealer in authentic ancient Greek, ancient Roman, ancient Byzantine, world coins & more. Ilya Zlobin is an independent individual who has a passion for coin collecting, research and understanding the importance of the historical context and significance all coins and objects represent. Send me a message about this and I can update your invoice should you want this method.

Getting your order to you, quickly and securely is a top priority and is taken seriously here. Great care is taken in packaging and mailing every item securely and quickly. What is a certificate of authenticity and what guarantees do you give that the item is authentic? You will be very happy with what you get with the COA; a professional presentation of the coin, with all of the relevant information and a picture of the coin you saw in the listing. Additionally, the coin is inside it's own protective coin flip (holder), with a 2x2 inch description of the coin matching the individual number on the COA. Whether your goal is to collect or give the item as a gift, coins presented like this could be more prized and valued higher than items that were not given such care and attention to. When should I leave feedback? Please don't leave any negative feedbacks, as it happens sometimes that people rush to leave feedback before letting sufficient time for their order to arrive.

Visit the Guide on How to Use My Store. For on an overview about using my store, with additional information and links to all other parts of my store which may include educational information on topics you are looking for. The item "ANTIOCHOS IV Armenian Commagene Kingdom Ancient Greek Coin SCORPION NGC i77883" is in sale since Wednesday, May 8, 2019. This item is in the category "Coins & Paper Money\Coins\ Ancient\Greek (450 BC-100 AD)".