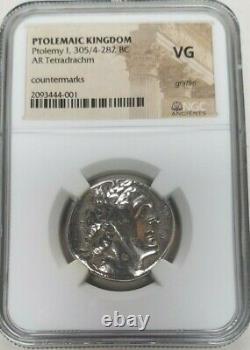 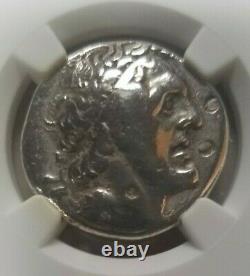 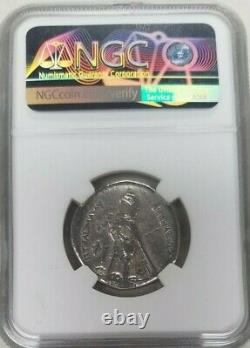 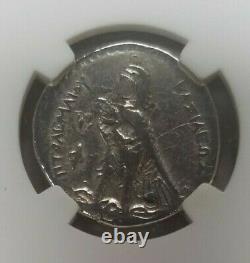 This is a Ptolemaic Kingdom Tetradrachm (AR+Silver) of Ptolemy I (305/4-282 BC); minted in Alexandria, Egypt; Certified by NGC and graded as VG, but is sure looks nicer than others that were graded higher. There are countermarks, not dinks or holes, and graffiti or ancient writings without a known meaning. I, Soter (Savior) Son of Lagus, a Macedonian of low rank. He was a distinguished general of Alexander who nominated himself king of all Egypt and Libya. Daniel 11:4 His kingdom will be broken up and parceled out toward the four points.

But it was destroyed by the Seleucids. Built and used masterfully naval fleet which made him master of eastern.

Built the Great Library at. The naval battle of Salamis, helped him capture Cyprus. The battle of Ipsus - after losing control of Palestine, this victory enabled him to regain control. He abdicated the throne for his youngest son two years before he died (283).