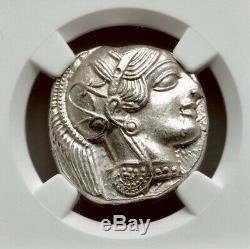 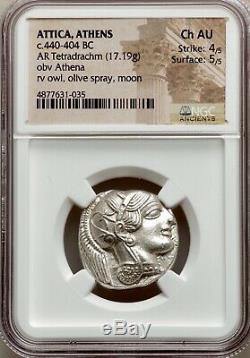 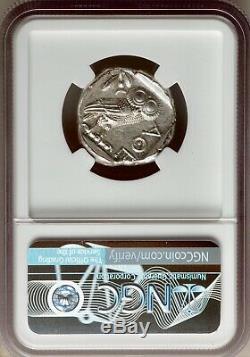 The Owl of Minerva, Athena's frequent companion, is illustrated on the reverse, standing right, head facing forward, with a tiny crescent moon and an olive spray above its wing. " which represents "of the Athenians.