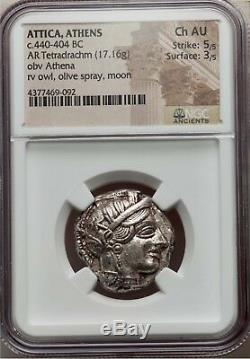 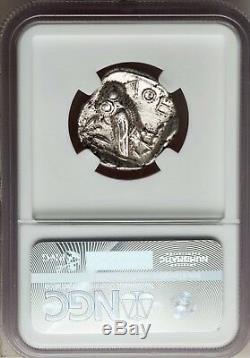 The obverse depicts the helmeted head of the goddess of wisdom, Athena, facing right. A palmette, which is an intricate floral scroll, adorns the helmet, along with three olive leaves. The Owl of Minerva, Athena's frequent companion, is illustrated on the reverse, standing right, head facing forward, with a tiny crescent moon and an olive spray above its wing. Inscribed ", " which represents of the Athenians.