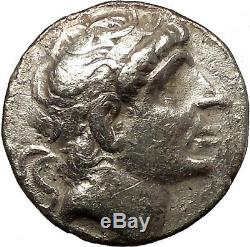 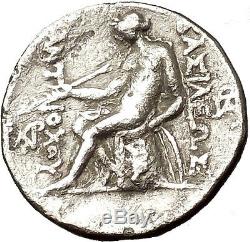 In Greek and Roman mythology , Apollo , is one of the most important and diverse of the Olympian deities. The ideal of the kouros (a beardless youth), Apollo has been variously recognized as a god of light and the sun; truth and prophecy; archery ; medicine and healing; music, poetry, and the arts; and more. Apollo is the son of Zeus and Leto , and has a twin sister, the chaste huntress Artemis. Apollo is known in Greek-influenced Etruscan mythology as Apulu. Apollo was worshiped in both ancient Greek and Roman religion , as well as in the modern Greco - Roman Neopaganism.

As the patron of Delphi (Pythian Apollo), Apollo was an oracular god the prophetic deity of the Delphic Oracle. Medicine and healing were associated with Apollo, whether through the god himself or mediated through his son Asclepius , yet Apollo was also seen as a god who could bring ill-health and deadly plague as well as one who had the ability to cure. Amongst the god's custodial charges, Apollo became associated with dominion over colonists , and as the patron defender of herds and flocks. As the leader of the Muses (Apollon Musagetes) and director of their choir, Apollo functioned as the patron god of music and poetry. Hermes created the lyre for him, and the instrument became a common attribute of Apollo.

Hymns sung to Apollo were called paeans. In Hellenistic times, especially during the third century BCE, as Apollo Helios he became identified among Greeks with Helios , god of the sun , and his sister Artemis similarly equated with Selene , goddess of the moon. In Latin texts, on the other hand, Joseph Fontenrose declared himself unable to find any conflation of Apollo with Sol among the Augustan poets of the first century, not even in the conjurations of Aeneas and Latinus in Aeneid XII (161215).

Apollo and Helios/Sol remained separate beings in literary and mythological texts until the third century CE. Epithet means "the Saviour"; c. 324/3 261 BC, was a king of the Hellenistic Seleucid Empire. He reigned in 281261 BC. Antiochus I was half Persian , his mother Apama being one of the eastern princesses whom Alexander the Great had given as wives to his generals in 324 BC.

In 294 BC, prior to the death of his father Seleucus I , Antiochus married his stepmother, Stratonice , daughter of Demetrius Poliorcetes. His elderly father reportedly instigated the marriage after discovering that his son was in danger of dying of lovesickness. Stratonice bore five children to Antiochus: Seleucus (he was executed for rebellion), Laodice, Apama II , Stratonice of Macedon and Antiochus II Theos , who succeeded his father as king. On the assassination of his father in 281 BC, the task of holding together the empire was a formidable one. A revolt in Syria broke out almost immediately.

Antiochus was soon compelled to make peace with his father's murderer, Ptolemy Keraunos , apparently abandoning Macedonia and Thrace. In Anatolia he was unable to reduce Bithynia or the Persian dynasties that ruled in Cappadocia. In 278 BC the Gauls broke into Anatolia, and a victory that Antiochus won over these Gauls by using Indian war elephants (275 BC) is said to have been the origin of his title of Soter Gr. At the end of 275 BC the question of Coele-Syria , which had been open between the houses of Seleucus and Ptolemy since the partition of 301 BC, led to hostilities (the First Syrian War). It had been continuously in Ptolemaic occupation, but the house of Seleucus maintained its claim. War did not materially change the outlines of the two kingdoms, though frontier cities like Damascus and the coast districts of Asia Minor might change hands.

On March 27 268 BC Antiochus I laid the foundation for the Ezida Temple in Borsippa. His eldest son Seleucus had ruled in the east as viceroy from 275 BC? Till 268/267 BC; Antiochus put his son to death in the latter year on the charge of rebellion. Circa 262 BC Antiochus tried to break the growing power of Pergamum by force of arms, but suffered defeat near Sardis and died soon afterwards.

Seleucus received Babylonia and, from there, expanded his dominions to include much of Alexander's near eastern territories. At the height of its power, it included central Anatolia , the Levant , Mesopotamia , Kuwait , Persia , Afghanistan , Turkmenistan , and northwest parts of India. The Greek population of the cities who formed the dominant elite were reinforced by emigration from Greece. Seleucid expansion into Anatolia and Greece was abruptly halted after decisive defeats at the hands of the Roman army.

Their attempts to defeat their old enemy Ptolemaic Egypt were frustrated by Roman demands. Much of the eastern part of the empire was conquered by the Parthians under Mithridates I of Parthia in the mid-2nd century BC, yet the Seleucid kings continued to rule a rump state from the Seleukid Kingdom until the invasion by Armenian king Tigranes the Great and their ultimate overthrow by the Roman general Pompey. What is a certificate of authenticity and what guarantees do you give that the item is authentic? You will be quite happy with what you get with the COA; a professional presentation of the coin, with all of the relevant information and a picture of the coin you saw in the listing.

Is there a number I can call you with questions about my order? When should I leave feedback? Once you receive your order, please leave a positive.

Please don't leave any negative feedbacks, as it happens many times that people rush to leave feedback before letting sufficient time for the order to arrive. The matter of fact is that any issues can be resolved, as reputation is most important to me. My goal is to provide superior products and quality of service.

The item "ANTIOCHOS I Soter 281BC Seleukid Ancient Silver GREEK Tetradrachm Coin i54366" is in sale since Sunday, February 14, 2016. This item is in the category "Coins & Paper Money\Coins\ Ancient\Greek (450 BC-100 AD)". The seller is "highrating_lowprice" and is located in Rego Park, New York. This item can be shipped worldwide.