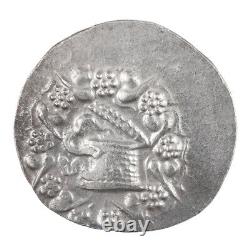 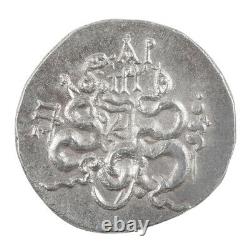 Serpent emerging from cista mystica; all within an ivy wreath. Two serpents entwined around bow and bowcase; monogram within wreath and AP above, civic monogram to left, serpent-entwined thyrsos to right. 12.54g, 27 x 2.5mm. The cistophoric tetradrachm was first issued around 200BC, a popular coin, it was copied and became pan. The cista on the obverse was a wicker basket used by the Ancient Egyptians, Greeks and Romans to hold mystical objects. It was used by the Greeks in their initiation ceremonies into the cult of Dionysus.

The snake, used as a stand-in for the god, would be carried in the basket on a bed of. The thyrsos was a wand or staff of giant fennel and was a sacred instrument used during religious rituals by the gods to induce sexual desire, amongst other things. This varies with the age of coin and there are grades in between.

Some five years later I became head of the Decorative Arts department. This item is in the category "Coins\Coins\Ancient\Greek". The seller is "eric-knowles-the-hoard" and is located in this country: GB. This item can be shipped worldwide.