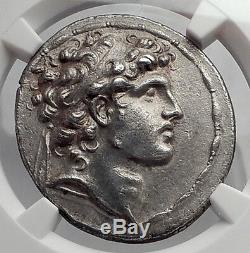 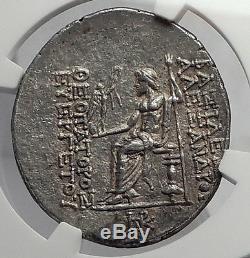 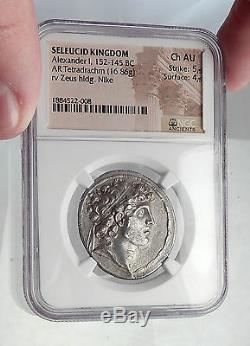 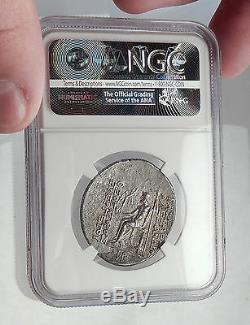 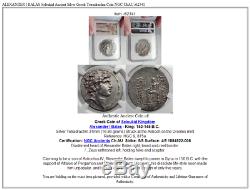 Claiming to be a son of Antiochus IV, Alexander Balas swept to power in Syria in 150 B. With the support of Attalos of Pergamon and Ptolemy of Egypt. However, his dissolute life-style soon made him unpopular, and he was overthrown after a reign of only five years. In the ancient Greek religion, Zeus was the "Father of Gods and men". Who ruled the Olympians of Mount Olympus as a father ruled the family. He was the god of sky and thunder in Greek mythology.

These resulted in many godly and heroic offspring, including Athena, Apollo and Artemis, Hermes, Persephone (by Demeter), Dionysus, Perseus, Heracles, Helen of Troy, Minos, and the Muses (by Mnemosyne); by Hera, he is usually said to have fathered Ares, Hebe and Hephaestus. As Walter Burkert points out in his book, Greek Religion , Even the gods who are not his natural children address him as Father, and all the gods rise in his presence.

For the Greeks, he was the King of the Gods, who oversaw the universe. As Pausanias observed, "That Zeus is king in heaven is a saying common to all men". In Hesiod's Theogony Zeus assigns the various gods their roles.

In the Homeric Hymns he is referred to as the chieftain of the gods. His symbols are the thunderbolt, eagle, bull, and oak. In addition to his Indo-European inheritance, the classical "cloud-gatherer" also derives certain iconographic traits from the cultures of the Ancient Near East, such as the scepter.

Zeus is frequently depicted by Greek artists in one of two poses: standing, striding forward, with a thunderbolt leveled in his raised right hand, or seated in majesty. Alexander Balas , ruler of the Greek Seleucid kingdom 150-146 BC, was a native of Smyrna of humble origin, but gave himself out to be the son of Antiochus IV Epiphanes and heir to the Seleucid throne.

Along with his sister Laodice, the youngster Alexander was "discovered" by Heracleides, a former minister of Antiochus IV and brother of Timarchus, an usurper in Media who had been executed by the reigning king Demetrius I Soter. Alexander's claims were recognized by the Roman Senate, Ptolemy Philometor of Egypt and others. He married Cleopatra Thea, a daughter of the Ptolemaic dynasty. At first unsuccessful, Alexander finally defeated Demetrius Soter in 150 BC.

Being now master of the empire, he is said to have abandoned himself to a life of debauchery. Whatever the truth behind this, the young king was forced to depend heavily on his Ptolemaic support and even struck portraits with the characteristic features of king Ptolemy I. Demetrius Soter's son Demetrius II profited by the opportunity to regain the throne. Ptolemy Philometor, who was Alexander's father-in-law, went over to his side, and Alexander was defeated in the battle of Antioch (145 BC) in Syria, sometimes known as the battle of the Oenoparus. He fled for refuge to a Nabataean prince, who murdered him and sent his head to Ptolemy Philometor, who had been mortally wounded in the engagement.

The Seleucid Empire was a Hellenistic state ruled by the Seleucid dynasty founded by Seleucus I Nicator following the division of the empire created by Alexander the Great. Seleucus received Babylonia and, from there, expanded his dominions to include much of Alexander's near eastern territories. The Greek population of the cities who formed the dominant elite were reinforced by emigration from Greece.

Seleucid expansion into Anatolia and Greece was abruptly halted after decisive defeats at the hands of the Roman army. Their attempts to defeat their old enemy Ptolemaic Egypt were frustrated by Roman demands. Much of the eastern part of the empire was conquered by the Parthians under Mithridates I of Parthia in the mid-2nd century BC, yet the Seleucid kings continued to rule a rump state from the Seleukid Kingdom until the invasion by Armenian king Tigranes the Great and their ultimate overthrow by the Roman general Pompey. World-renowned expert numismatist, enthusiast, author and dealer in authentic ancient Greek, ancient Roman, ancient Byzantine, world coins & more. Ilya Zlobin is an independent individual who has a passion for coin collecting, research and understanding the importance of the historical context and significance all coins and objects represent.

Whether your goal is to collect or give the item as a gift, coins presented like this could be more prized and valued higher than items that were not given such care and attention to. When should I leave feedback? Please don't leave any negative feedbacks, as it happens sometimes that people rush to leave feedback before letting sufficient time for their order to arrive. The matter of fact is that any issues can be resolved, as reputation is most important to me. My goal is to provide superior products and quality of service. How and where do I learn more about collecting ancient coins? Visit the Guide on How to Use My Store. For on an overview about using my store, with additional information and links to all other parts of my store which may include educational information on topics you are looking for. The item "ALEXANDER I BALAS Seleukid Ancient Silver Greek Tetradrachm Coin NGC ChAU i62341" is in sale since Friday, June 30, 2017.