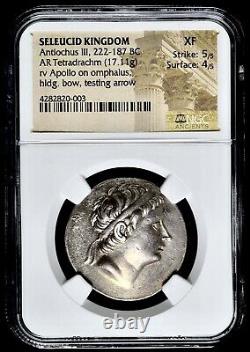 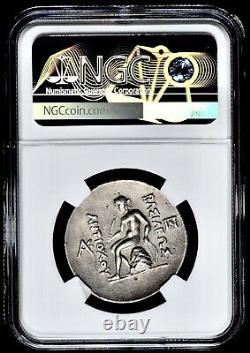 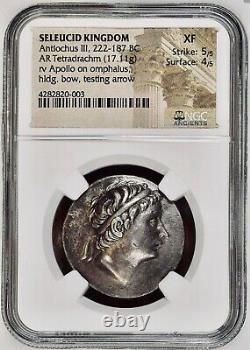 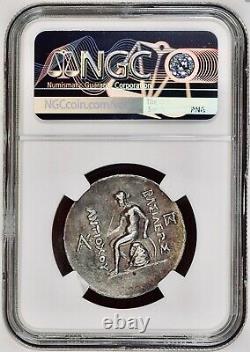 Seleucid Kingdom Antiochos III Antiochus The Great 175 BC AR Tetradrachm NGC XF. Antiochus III, second son of Seleucus II, succeeded his brother Seleucus III in. 223 BC He had first put down the revolt of Molon, satrap of Media, who had revolted and was eliminated in 220 BC Having made the mistake of entrusting the military command of Asia Minor Achaeus his uncle, the latter revolted and Antiochus overcame the revolt after the taking of Sardis in 214 before. He then restored the Seleucid power in Parthia and Bactria. After the defeat of Philip V and having received Cynoscephalae Hannibal exile, he became an implacable enemy of the Romans.

After a first series of victories, he was finally defeated at Thermopylae and Magnesia in 189 BC He had to sign the Peace of Apamea in the following year, devoting the Roman hegemony and the end of the Seleucid domination Asia Minor, leaving Pergamon arbiter of the situation. He was assassinated in 187 BC. The item "Seleucid Kingdom Antiochos III Antiochus The Great 175 BC AR Tetradrachm NGC XF" is in sale since Monday, September 14, 2020.